HomeUncategorized Here’s What Texting Is Doing to You Neck and Spine – and How to Fix It!

Here’s What Texting Is Doing to You Neck and Spine – and How to Fix It!

April 18, 2018 By naturalhealing No comments yet 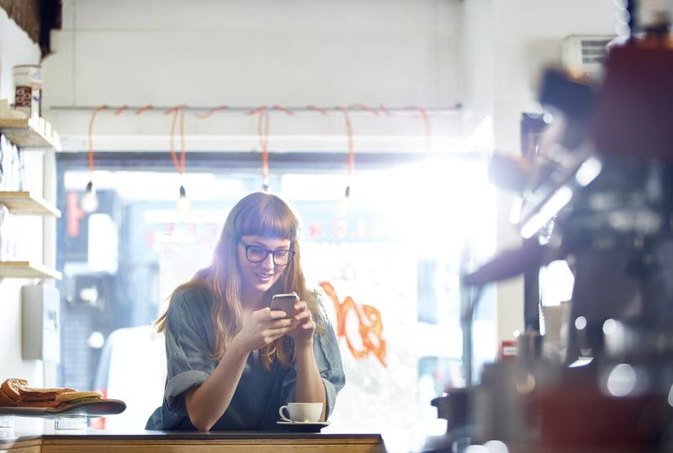 We all know that texting and driving is dangerous. Texting while driving in cars and trucks causes over 3,000 deaths and 330,000 injuries per year, according to a Harvard Center for Risk Analysis study. And texting while walking leads to even more injuries per mile.

You may have thought that using your smartphone while sitting or standing still was the safest thing you could do, but it turns out that texting while standing has health drawbacks as well. 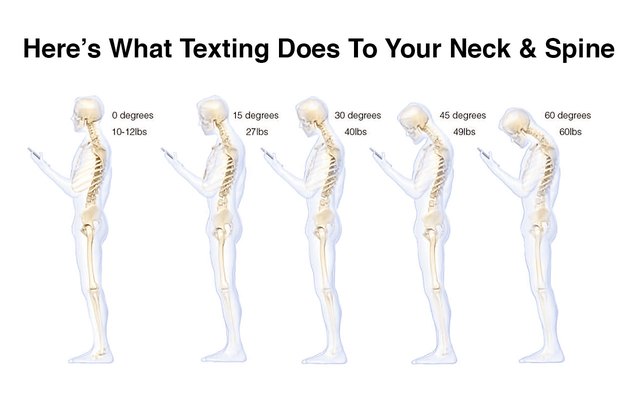 In addition to other ways cell phones adversely affect our health, Dr. Kenneth K. Hansraj, Chief of Spine Surgery at New York Spine Surgery & Rehabilitation Medicine has found that tilting our heads down and forward even slightly when we look at our smartphone screens can put as much as 60 pounds of stress on our necks and spines.

Can you lift 60 pounds with your neck? That’s the weight of four bowling balls or an 8-year-old child. And, can you do it for more than two hours per day?

That’s right, the average American spends about two hours and 42 minutes on his or her cellphone per day, according to Flurry, a mobile measurement platform.

This forward head tilt while using your smartphone adds stress to the spine. “Over the years, this may deteriorate the back and neck muscles to the point of pain and discomfort — and even to the point where you may need surgery,” explained Dr. Hansraj when we spoke by phone. 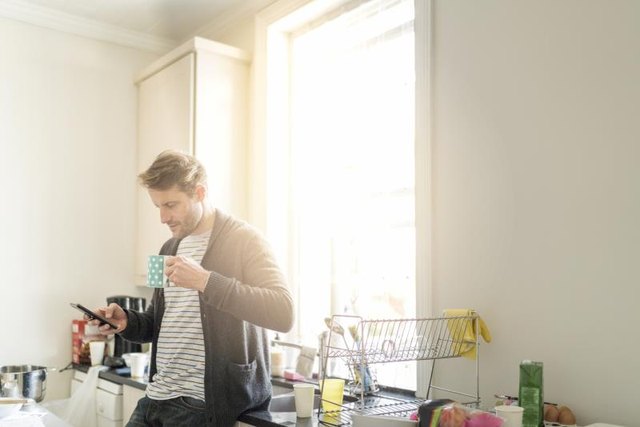 Even if it’s not causing you pain and discomfort yet, the typical texting posture can make you feel less confident and even perform less successfully at work or at school because it is the opposite of the open “power poses” proven to lower our stress hormones and increase our confidence, that Amy Cuddy, a social psychologist at Harvard Business School, demonstrated in her very popular 2012 TED Talk:

3 Steps You Can Take to Help Fix This Problematic Posture

1. Hold Your Smartphone Higher and Allow Eyes, Not Neck, to Drop

“We’re not against smartphones and smart devices,” said Dr. Hansraj. “But just be very aware of where your head is in space and hold the device up and allow your eyes to drop.”

In his paper, Dr. Hansraj explained that poor posture occurs with the head tilted forward and the shoulders drooping forward in a rounded position. In comparison, good posture is defined as ears aligned with the shoulders and shoulder blades retracted backward.

As a first step, Dr. Hansraj recommends flexion, extension, side bends and tilts, followed by isometric versions of the same exercises. Here is an article describing how to do these moves. Hansraj goes into more depth in his book “Secrets of the Cervical Spine.”

Jess Barron is head of editorial at LIVESTRONG.COM.She has appeared on MSNBC’s “The Most,” ABC News Now, and XM satellite radio. Barron’s writing has appeared on Wired.com, Yahoo! and Poprocks.com.